The smell of leather seats, the odour of stale air from the previous screening, ticket touts loitering outside the entrance, heckling from the stalls to those in the balcony and vice versa… Sound familiar? If not, then you won’t remember the little glass bottles of pop from a snack bar in the foyer, nor the traditional Turkish drinks and cakes or the cheapest rice pudding you could find in the best pre-war cake shops with their little chairs sitting around equally small tables, crowned with round marble tops.

All the cake shops in these parts are pre-war, just like the cinemas, which are a rare sight nowadays. Unlike the wars, which are all too common.

Cinemas have survived at Mećavnik. There are regular screenings – so many in fact that ticket touts don’t get a look in, apart from when there’s a premiere of course!

Аnd you won’t find the projector breaking down mid-film. Once upon a time, films arrived in canisters in the back of a van, but now cinemas show them from memory sticks the size of a keyring.

But at least at Mećavnik we watch them! 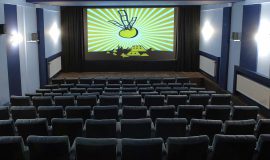 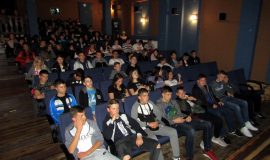 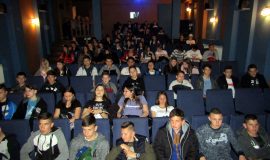 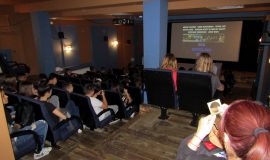